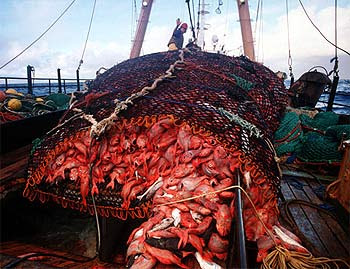 FishNewsEU reports that Australia’s eastern stock of Orange Roughy is rebuilding well.  The Commonwealth Scientific and Industrial Research Organisation (CSIRO), the national government body for scientific research in Australia, has concluded that the eastern stock increased by 7,400 tonnes between 2006 and 2010.
Why the increase?  Because Australia took the important step and created closed areas to allow the stock to rebuild.  This offers hope for Orange Roughy, which has been severely overfished around the world.
See here for footage of orange roughy down in the deep:
Posted by DSCC at 13:14